Riki is Creeping into Meta 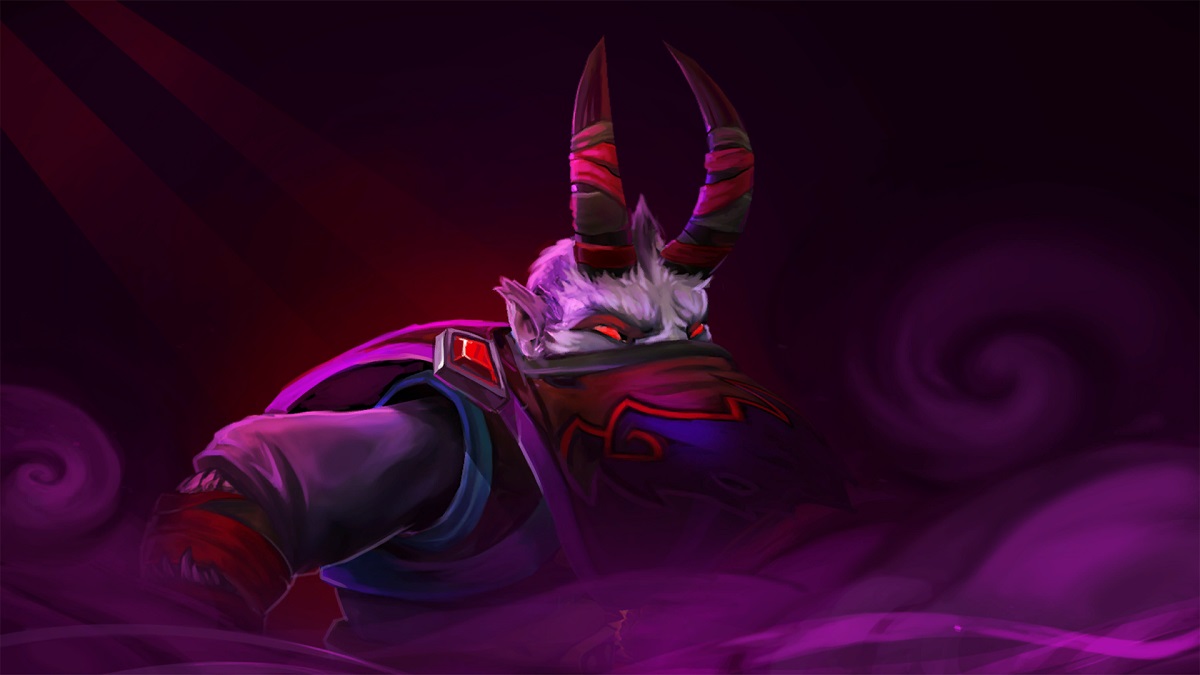 Very few heroes received direct buffs in the last patch, and Riki was one of them. In a true assassin fashion, he slipped into the meta unnoticed and is now among the top tier picks across all skill brackets. Today, we would like to have a look at why exactly the hero got so much better and discuss some common strategies for dealing with him.

Unlike most buffs in the previous patch, Riki didn’t get a numbers upgrade. His new ability to use Smokescreen while in Tricks of the Trade isn’t something we initially picked up on, but thinking about it now, it does make sense that the hero feels and plays differently. The players, seemingly, went through a similar period of disbelief, since it is only now that the hero started gaining popularity.

The amount of extra elusiveness and potential damage output the hero gets from being able to time his AoE silence as he exits fully used Tricks of the Trade is massive. With the increased radius, lower mana cost and 550 cast range on Smokescreen, it is now much harder to catch Riki.

On top of it, there are also new options and an alternative playstyle for the hero as well. Battlefury Riki isn’t something particularly new, but in terms of viability, this build is at its peak. New Aghanim’s Scepter coupled with a slightly slower meta are already arguments enough, but when we take into account the fact that Riki can now do his damage-dealing job much better simply because of the previously mentioned buffs, this greed isn’t particularly punishable either.

What we get in the end is a hero that wins more than 53% of all his games in all brackets, while also rapidly gaining popularity. He is definitely coming to your pubs soon, regardless of the region or the skill level, so let’s talk about how to deal with the hero.

As mentioned previously, there are two different Riki builds in pubs right now and they have very different timings and playstyles, hence very different counterplays. If previously it was easy to say that your goal is to simply outlive Riki’s usefulness and get late into the game enough for him to become less of a factor, currently this approach works worse.

Naturally, Riki isn’t the hardest of carries and he will get outscaled by almost any carry hero in the game. The problem is, this moment now comes much later, especially if you are playing against a Battlefury Riki. He farms decently fast and can be a 5v5 teamfight threat if need be, courtesy of his new, improved Aghanim’s Scepter.

Getting some map control is key when dealing with this type of Riki. Without the first item Diffusal Blade, he shouldn’t be able to solo kill most cores, and that means shoving waves, taking structures, and farming aggressively is key. Think what heroes Riki needs help from to kill you, and as long as you see these heroes on the map, farm as fast and efficiently as you can, even if it means enemy territory.

If you don’t take these calculated risks and instead play like you would play against a typical Diffusal Riki, you will simply get too outfarmed. Speaking of which, nothing’s changed when it comes to dealing with old-school Riki: protect your structures, retain as much map control as possible, farm safely with a buddy system and just play conservatively until Riki’s poor stats and scaling become apparent.

A rather recent surge in hero’s effectiveness occurred when Nullifier was changed several patches ago. It made items like Force Staff, Glimmer Cape, and Eul’s considerably less effective when it comes to saving oneself from Riki’s initiation and nothing’s changed in that regard.

That said, these items are still absolutely worth it regardless. At the very least you are forcing a Riki player to adapt. Most of the time, regardless of the build, Riki wants to get some stats and survivability after the first aggressive or farming item. Having a save, even the one that will eventually get countered, will almost definitely pay off.

We also think that the new Gleipnir is a good idea against Riki. Rod of Atos is neat for obvious reasons: having a Root you can use even through Silence effects can be quite important against Riki.

The problem is, the projectile speed is pretty slow, so unless you are more or less on top of where Tricks of the Trade are being cast, you won’t be able to connect Rod of Atos before Riki blinks out. With Gleipnir you can try to learn to time it and while the window of opportunity is still rather small, at 0.3 seconds of Blink Strike cast point, it is not impossible.

Finally, having some sort of survivability on supports might be a good idea. There are many new items in the game that help dealing with magic damage bursts, but nothing really helps with physical burst early in the game, so perhaps a couple of extra bracers early on, especially against Battlefury Riki might be worth it.

Also, do your best to make sure Minotaur Horn spawns for your team. Having this item flips the Riki matchups on their head, which is indicative of how great the neutral item system is, since there is so much conscious effort and player agency involved.

The new year starting with Riki gaming momentum in pubs isn’t the worst thing that could happen in the world of Dota, but it is probably pretty close for most players. That said, the hero certainly isn’t unbeatable. An average win rate of 53% is scary, especially given how it is consistent across all skill brackets, but there have been heroes who were more popular and more successful than Riki currently is.

Losing against Riki is simply more frustrating and aggravating than losing against most other heroes, since at times, especially when playing support, it feels like there is nothing one can do. Hopefully, after reading this blog post you will understand it is a myth and one can always impact the outcome of the match, even if it means simply dying repeatedly in the right place at the right time. 3 battlefury+ agh is the shit right now. so much damage especially if enemy grouping 5 man :') at the neutral item sarcasm.

I would like to point out something interesting, that is all the hereos with invisibility have quite high winrates. Clinkz, Nyx, Riki and Bounty have high winrates of 52% and above. Also the winrates of Invoker and Weaver are not that low. This means that the meta is officially an invisibility patch. Thus you guys need to quickly position yourselves with heroes to counter invisibility.

Zeus is an obvious hero to get straight to the job. However, he has been severely nerfed in 7.28 and 7.28a which has decreased his winrate and new items proved to be detrimental to Zeus' positioning the meta. Furthermore, with a growing emphasis on tanking, Zeus spells will fall off very quickly in the late game, proving to be a very risky hero choice.

A good hero would be Razer, currently sitting at around 52.5% winrate. What is interesting is that he can be played in a number of positions from 2 to 4. His static link would provide vision of the target and even if riki goes invisible, or uses tricks of the trade, the link will still steal the damage from Riki. Riki tricks of trade deals a percentage of Riki's own attack damage. Furthermore, an agh shard which is a must buy purchase by Razor in order for him to have a working passive, is extremely strong against single target spells which many of these invisibility heroes have. With the addition a chance based proc of 18% on each attack, it will add to Razor's ability to cripple carries based on attack speed.

An important part of Dota is about understanding the meta and being able to adapt to it. Razor is going to be one of the best picks this patch, and I believe his popularity will surge in the coming weeks. Now is the time to not be afraid of learning new hereos and adapting to the meta. Next article should be on Razor! In addition to Dreadnought325's post: Weaver's shard does good too. Razor vs weaver and clinz ? 1 is faster and the second deal burst dmg , razor is good vs core that attack faster but doesn't deal all that dmg , for the time u suck some dmg out , the invisible bros already killed half of your team , and that ulti will do nothing to hero that just escape that easy the team fight , at this point if u wanna play a revealing hero that counters these guys is pugna , as a support 4 so u don't get focused that hard , and with a forcestaff , distriptor too is great , maybe even the new shard of leshrac if your team have a magic build dmg , the only problem are the sentry , those are quite expensive with a farming only team .. and u will get a lot of those since last patch was click patrol command and go do other stuff for 20 min "do your best to make sure Minotaur Horn spawns for your team"? WTF? What a dumb statement as you have zero control over what neutrals spawn. Ohh Entertainment 7wenty I do hope that your statement was an attempt at reverse sarcasm. Still too counterable. He was better when he go pos 4 instead pos 1 or 2 (Thx to his cloak and dagger as a 3rd skill)